Elon Musk sent Twitter shares soaring after it was revealed he had taken a 9.8% stake in the company. In FX markets the dollar gained on rising Treasury yields and hawkish FOMC minutes. This week markets react to the Presidential election in France, while the ECB meeting is on Thursday.

Elon Musk has become Twitter’s largest shareholder. Musk buys a 9.2% stake in Twitter for $2.9 billion. Twitter jumps 30% this week on the news.

RBA adopts a more hawkish stance.  AUD/USD briefly rose to a 9-month high of 0.7660 after the RBA kept rates on hold at 0.1% but removed the word patient from the statement.

Hawkish Fed minutes. Fed officials laid out the plan to shrink the balance sheet at a pace of $95 billion a month while raising interest rates possibly by 50 basis points in one or more meetings.

US 10-year trry yields rise. Expectations of a steeper path to policy normalisation sent yields to a 3-year high and the USD to a 23 month high.

Rotation out of tech ramps up. The Nasdaq falls 4.5% in two days as high growth stocks lose their appeal in the face of a higher interest rate environment.

Oil falls below $100. EIA member countries announced a 60-million-barrel oil reserves release and the 180 million previously announced by the US.

Shanghai locks down completely. There is no end in sight for the Shanghai lockdown as COVID cases surge. The outbreak threatens more supply chain disruptions.

Russian Ruble rebounds. The Ruble has recovered from its all-time low of 121.5 versus the dollar to its pre-war levels of 80.00, raising questions over the effectiveness of sanctions so far.

Shell sees a $5B hit on the Russian exit. The oil giant has warned that it expects Q1 earnings to see a $4-$5 billion impact from its exit from Russia, although much higher oil & gas prices could help offset this. 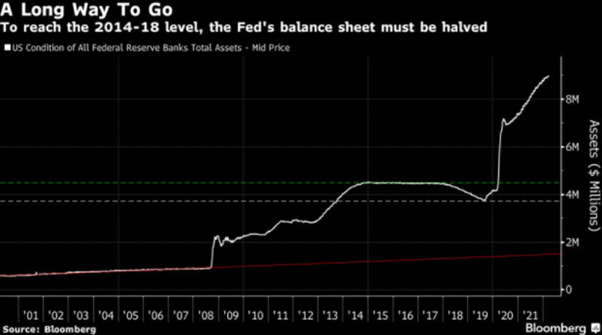 The above chart shows the size of the US balance sheet

The Fed plans to shrink its $9 trillion balance sheet as it tightens monetary policy. The central bank intends to do this by shedding up to $95 billion of assets a month, building up to that level over three months. This is VERY hawkish.

To put into context, the Fed took 12 months to reach a maximum of $50 billion per month in the last QT period from 2017 to 2019. The Fed is in more of a hurry this time round. The question is whether the market will allow the Fed to tighten as much as it wants, as quick as it wants! 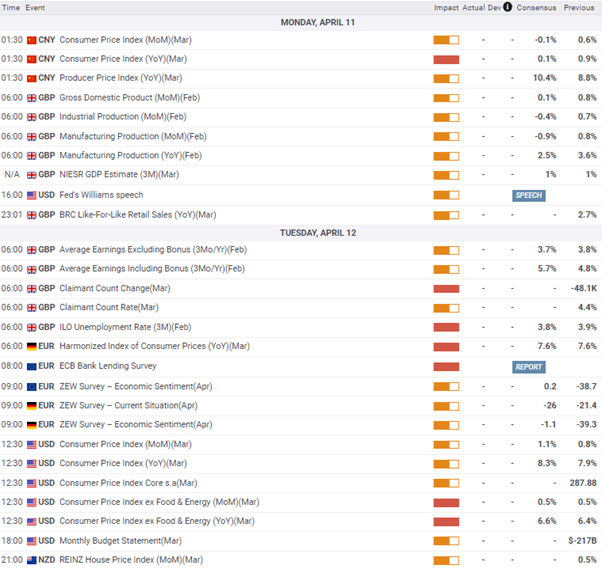 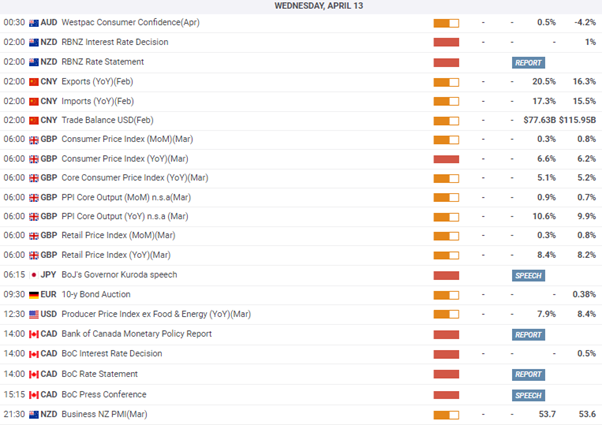 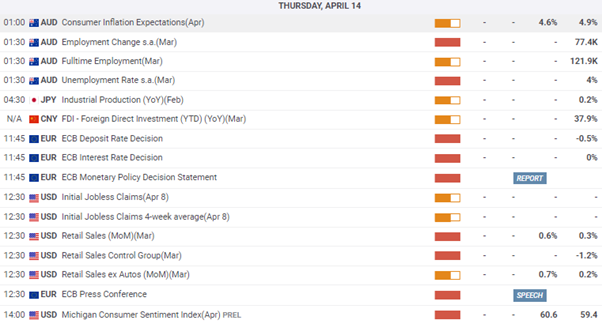 Nationalist candidate Marine Le Pen has closed the gap in the polls sufficiently this week to wake the markets up to the possibility that she could clinch victory. A win for fiercely nationalist and right-wing Le Pen, combined with a left-wing German Olaf Scholz, could ramp up uncertainty in Europe. Uncertainty surrounding the French elections has already weighed on the common currency and the CAC, which has underperformed its European peers.

The BoC is widely expected to hike rates by 50 basis points in the April 13th meeting. Recent GDP data shows that the economy is gaining momentum, and unemployment is hovering around a 5-year low, while inflation has risen to a three-decade high of 5.7%. Tougher talk by BoC Deputy Governor Sharon Kozicki that the BoC will “act forcefully” lifted expectations for an outsized move.

At the March ECB meeting, policymakers adopted a more hawkish stance, with bond purchases now expected to end in Q3. However, no further policy commitment was made, instead saying that policy must remain flexible. With inflation at 7.5%, a record high, but tapering still in progress, we expect more of the same for now, which could hurt demand for the EUR as other major central banks hike rates.

US inflation is expected to reach 8.3%, a fresh 40 year high in March, up from 7.9% in February, as rising energy, food, and fuel prices continue to squeeze household incomes. Whether inflation continues rising from here depends mainly on commodity prices and what the Fed plans to do with interest rates. Higher than forecast inflation could lift the USD higher and fuel a further rotation out of tech.

US banks will kick off the Q1 2022 earnings season on the 13th April, with JP Morgan leading the show. While the higher interest rate environments are a plus for banks, the main focus this season is expected to be on profits hit by Russia-linked asset swings or, indeed, the costs associated with the closing business in Russia.

EUR/USD crumbled after the false breakoutover 1.113 we allude to last week and has since dropped back under 1.09. Major support from the YTD low is between 1.08-1.085, where some buying / short covering could keep the pair inside its month-long trading range.

GBP/USD remains locked inside a 1.305 to 1.315 trading range. The broader trend is lower near term the price action is sideways. A re-test of the 200 SMA is needed to give any conviction to the idea of a bottom. A break uder 1.305 could see 1.30 quickly taken out.

USD/JPY remains under its multi-year high at 125 but the uptrend is intract with price having held above the 50 SMA. Another drop under the 50 SMA before making a new high would suggest a top is in- opening up another drop to 121.5 support.

AUD/USD did break above its 50-pip consolidation from the prior week but after hitting 0.765 dropped back steeply in what looks like the beginning of another volatile pullback within the broader uptrend that has been supported by the rising 200 SMA.

USD/CAD made two false breaks under support at 1.247 before rebounding to the spike high reached in late March under 1.26. The downtrend appears to be over. A full bullish reversal will first need to overcome 1.26 then the 200 SMA at 1.265.

XAU/USD remains rangebound with 1920 holding multiple tests as support while 1950 is resistance. The failure of bears to make any progress under 1900 since the sharp drop from near-record highs suggests bulls might be about to re-take control. A breakout is needed to confirm the next direction.

BRENT has seen the 50 SMA on the 4hr chart turn below the 200 SMA for the first time this year, confirming the trend reversal we have highlighted over the past few weeks, and adding to scope for a new short-term downtrend. The 61.8% retracement of the rally that started in November is at 91.

US500 has pulled back from its rally over 4600 with a dip to 4450. So fat this is just a correction and a move back over 4500 could signal a resumption of the uptrend. However a move under support at 4450 would imply the uptrend has finished. 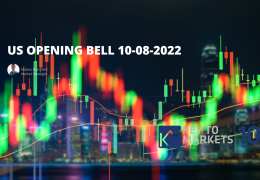 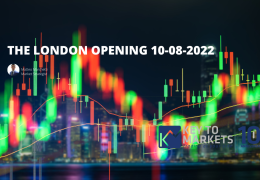 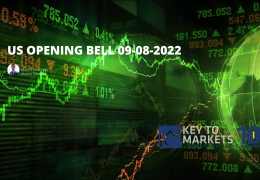 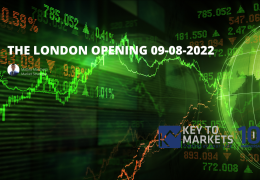 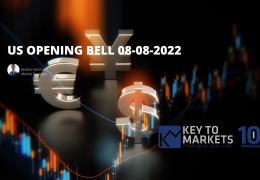