It was a tough week, especially for US indices, which suffered considerably from a general sell-off after disappointing quarterly data from large retail groups (Walmart and Target). However, the last session allowed equity markets to regain ground thanks to the Chinese PBoC’s decision to cut interest rates.

Next week will focus mainly on inflation, the core US PCE index, which is the leading indicator used by the Federal Reserve. Higher prices than expected could convince FOMC members to be even more aggressive in monetary policy, even risking a 75 basis point increase in the cost of money. However, our expectations remain anchored to a 50 basis point increase at the June Governing Council meeting. We will have the IFO index in Germany and the FOMC minutes, and numerous US macro data such as the Q1 GDP rate.

Analysis of the week and scenarios for DAX and Dow Jones

The 20th of May setup was vital given the trend for the whole quarter and brought considerable volatility. New yearly lows on all indices, with strong re-coverings causing a robust rebound in the last 30 minutes of Friday’s session.

The signal can be regarded as negative unless we see a change of scenario next week. The markets could fall another 10/15% until the beginning of July when they should turn upwards for the rest of the year.

The S&P500 index, after attempting to touch the critical resistance 4105-4121, turned sharply downward from Wednesday onwards, touching new yearly lows in the 3808 area after breaking down the static 3866 support. In the last 30 minutes of Friday’s session, prices turned firmly upwards, showing powerful re-coverings and bringing prices back to the 3900 area.

The resistance to be broken down remains the 4105-4121 area, the recovery of which will ensure new bullish price strength. If prices do not break above this area on a daily basis, the risk of seeing further declines will remain high. Best case scenario laterality in a narrow price range. New resistances in the 4085 and 4008-4024 areas. A critical level is the 3976mark, which could start a robust bullish process. First stretches above the 3928-3941 area.

Confirmed resistance in the 4200 area from where prices can fly directly towards the key area 4285-4303, whose recovery will guarantee a bullish reversal on a weekly basis.

The 4506 and 4554 are the resistance levels to be broken down to see the decline that began in April reversed. The 4580-4590 is the area to overcome to break down the monthly resistance placed in the 4613 area.

The weekly close above 4613 guarantees a reversal of the annual trend if confirmed on a monthly basis; the following targets remain around 4717 and 4780.

How to move? High on Monday and weekly low on Friday.  Strong sell-off just around the corner or a false bearish signal? Signals will be given between Monday and Tuesday.

DE40 – The German index tried at the beginning of the week to break our key resistance at the 14282 area but failed. Following the sell-off of the US indices, it turned heavily downwards on Wednesday, touching the 13700 area for a moment; from there, it recovered 90% of the decline, closing below the intermediate point 14137.

Recovery of the 15261 area first and 15380 then may offer a bullish impulse up to the 15570 resistance. We will test the possibility of a new extension up to the weekly resistance 15665.

If by next Friday prices remain above 14282, we will see a possibility of a bullish reversal; below 13716, on the other hand, the weekly trend may push downwards again.

US30 – The Dow Jones, like the other US indices, continued to suffer from intense bearish pressure. After breaking out of our weekly resistance area 32690 on Monday, the index fell heavily, touching our support area 30814-30732 on Friday and then violently turning upwards to 31271.

Concerns about rising inflation and interest rates pushed the blue chips down, but bargain hunters stepped in on Friday to stop the price fall and reverse the market upside.

Monthly prices positioning above 35599-963 will offer new bullish directionality; 35157-34850 and 35614 are the levels at which prices can either restart to the upside or push down again. This requires us to monitor prices at these levels constantly.

A move through 36529 and holding that level will offer the possibility of seeing 37000 area if prices break strongly the last resistance placed at 36786 area. Above 36236, we maintain the possibility of further bullish volumetric thrusts.

Everyone claims that institutional and retail investors must capitulate to see the stock market bottom. We should see the institutional investors quit the market entirely before market surrender happens. Is it certain that this will occur after five months of declines? I encourage extreme caution, as the available liquidity is so significant that the situation may be reversed in less than a month. We’ll see what happens.

Also, it is wise to note Monday’s openings and Friday’s closings for confirmation or denial of the current trend this week. Avoid overtrading and watch out for volatility imparted by HFTs.  Mark any gaps that may also appear during the week, paying particular attention to those on Monday.

Before making any investment decisions you should understand how leveraged products work as they are speculative in nature and may result in profit and losses. Please, before starting to trade, you should make sure that you understand all the risk. 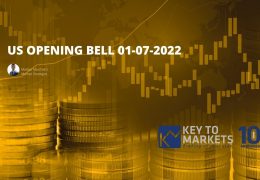 The Week Ahead 4th – 8th July: central bankers get serious about inflation 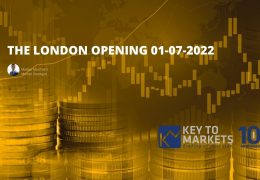 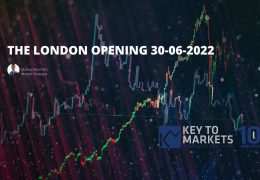 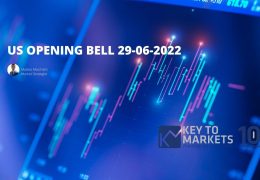 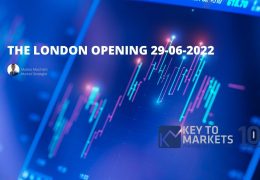